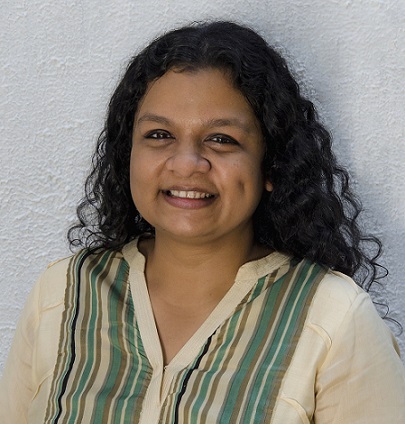 Pooja Taparia
Pooja Taparia is the Founder and Chief Executive of Arpan. She started to work on the issue of Child Sexual Abuse (CSA) in 2006 with two team members. She has mobilized over 4 million USD (30 crores) towards prevention and intervention of CSA and is spearheading a team of over 100 dedicated and empowered individuals. She has created and hosted Arpan as a space of passionate professionals geared towards leading the movement against Child Sexual Abuse in India.

Pooja is a graduate in Applied Art/Graphic Design and in Commerce. Pooja has spent most of her professional career working in social change and development. She has spent over 8000 hours working in the voluntary sector, mainly investing her time, expertise and resources with an educational institute based in Gujarat, India before starting Arpan. Pooja is the founding member of SAPCAN, SAARC Association for the Prevention of Child Abuse and Neglect. Pooja is also a member of ISPCAN, International Society for the Prevention of Child Abuse and Neglect. Pooja has been awarded the Architects of the Future Award 2013 which recognises exemplary work done by social entrepreneurs. Her life work has been permanently put up as a part of the Waldzell Collection, in the Melk Abbey, a museum in Austria. She was also awarded the Karmaveer Puraskar Award in 2010 by ICONGO in New Delhi for her work on Child Abuse. As the founder and CEO of Arpan, Pooja has been instrumental in the movement against Child Sexual Abuse in India and embodies the spirit of the modern day social entrepreneur.
Donate Now